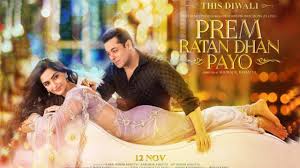 Imagine the following scenes, set in a mansion which looks like a cross between royal palace of the Mughals and a five star hotel, and the characters dressed in heavy jewelry, saris, lehengas, kurta payjamas and pagdis, with swords for accessories.

If the above description has not scared you already, sample this. There is a special area (playboy mansion, anyone?) which is for the king and queen to spend some ‘quality time’ together. The king’s doppelganger jokes about it too, quality time ke liye room kam pad gaye they kya?, though later when the princess is seduced enough by 4 days of considerate behaviour by the ‘King’, she herself asks him to write on her back,( meri peeth pe likhiye) with a feather.

Yes, it is that bad, all of it. This is the kind of cinema which makes you wonder if the makers ever saw what they were putting in cinemas, and worse, makes you question your own judgement in choice of movies, and makes you worried if there are people around you who actually like this.

Suraj Barjatya has never been a great director. He made two good films, which captured the mood of a changing nation, a nation opening to liberalization and the influence of west and at the same time struggling to establish an identity of its own culture amidst it, and those two movies came just at the right time and hence got catapulted to legendary status. But his later movies, all of which were bad critically and either moderate success or washouts at the box office, showed his severe limitations as a filmmaker. Grey isn’t his area, he is a man who believes in white and black. The morals and Indian sanskaars on which the movies tries to weave a story around seem very dated and out of sync with the times. The movie tells the story of a commoner Prem who has a crush on a royal Princess, and luckily he is a lookalike of the Prince to which she is engaged. Predictably, a case of exchanged identity occurs and the bhai with a golden heart solves all problems of the royal family (which are as clichéd as one could fear). All this would be forgiven if the resultant was even remotely entertaining, but it is far from it. There is a terrible lack of consistency in the way characters act behave and speak. Which royals travel actually by a chariot in today’s age? Why do the citizens start looking like coming from a Mughal era at times? Add to these, some terrible VFX, and really bad acting (overacting) from the leading man, and you have a perfect disaster for the festival.

If you love your family, take them for a lunch instead, that will definitely not give them a headache and nausea.