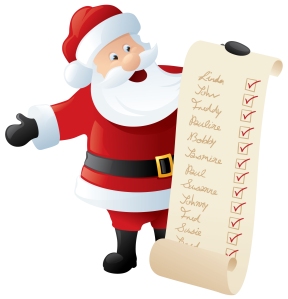 Fireplaces were all lit up; overcoats and long boots were out of the closets; the surroundings were all covered with a white cover of snow  – Christmas had arrived. The festive spirit could be seen all around,  in the decorated trees, in the glowing lanes and homes, and on all the joyful faces. The kids were busy writing letters to Santa describing how they have been ‘good’ throughout the year.

It was the Christmas eve, but Peter and Jill were probably not the happiest of the kids that evening. Peter had been crying ever since he heard a guy say -There is no Santa, he is not Real. At 5, Peter was not really at an age where he could apply or defy logic on his own, he just took to what he was told. Jill, was 2 years older, and had begun to question things. However, he was yet to arrive at a conclusion on this one. He too had heard a lot on this one, and for some time now had been thinking about it, though he had not got an opportunity to test his belief (or disbelief). Until now, that is. Unfortunately, their parents had to leave on an emergency ( Aunt Muriel was very unwell), and would not be back before the next i.e. Christmas noon. They were just the two of them at home, with Kerry, their domestic help.

Unsure of what to do, and partially to test his own belief, Jill asked Peter to make a wish and put up the Christmas socks for Santa to fill them with his gifts. He did the same, and went to sleep, thinking of the play station that he had been thinking of for so many days now, and knowing what Peter must have wished for – the new packet of colorful candies they saw in market the other day.

Out of sheer anxiety, or the secret desire to get his belief affirmed,  Jill woke up a little early, and went to check the socks. They were still empty. So, what he had been doubting was true after all. He was not shocked, though a little disappointed. But then he thought of Peter, and got a little worried. He had not yet reached that age- of facing the not so pleasant realities, and probably deserved some time more to live in his own world of imaginations, happy imaginations. He certainly would be very disheartened to find this, and would feel Santa was angry with him, for not being the good boy he wanted him to be. Mom was not there to take care of him either, so he only had to do something for his little brother, thought Jill. A pack of candies was all he needed to make his brother happy. Against any hope, he looked outside on the streets to find any shops open for the occasion. But it was nearing midnight and there were none. He went to Kerry, woke him up after a lot of efforts, and asked if he could somehow arrange for a pack of candies. it was impossible this late at night, he said and went back to sleep.

But he must not let his little brother cry, thought Jill. There might be some old candies left in the store, he thought. He went there, put on the lights, climbed up on the stool and reached to the rack where Mom used to hide the candies from them. (He had known this for some time now) Searching around, he found a bag.

Lo! It contained a packet of the colorful candies, and also the latest Play Station! For a moment, he was all wide eyed, and pictured a jolly Santa Claus in his red and white coat coming all the way to store and hiding the gifts here. But Santa leaves the gifts in socks, not here, as he had known! As he thought, his eyes went to the slip lying besides the packet, the bill – of the nearby store, dated yesterday, drawn in the name of Andrew Simpson, his father.

And he understood, and smiled. A smile of realization, of happiness, of satisfaction and of love. He took the gifts, and put them up suitably in the socks and went to his bed where lay Peter, asleep, probably dreaming about his Santa. An hour later, he happily held his pack of candies and joyfully exclaimed – Yes , Santa came, he is real, I knew it!

Yes, Santa is real, thought Jill. Mom and Dad were Santa. He was his brother’s Secret Santa. Love is Santa, Santa is love. he smiled to himself. From the window, he could see Mr. Johnson in the adjacent home dressing up as Santa, and Christmas joy was all around him.